How Asian countries are using technology to fight COVID-19

It has been some time since Coronavirus, or COVID-19 as it is officially known, has taken hold of major urban centres around the world. As the virus continues to cause global panic, I examine the use of technology in combatting the spread of the disease in Asia. In particular, Chinese authorities have enacted several high tech solutions to tackling the crisis as quickly as possible, and measures aimed at limiting further contamination in Wuhan Province and neighbouring provinces.

The impressive use of technology was first demonstrated in China at the epicentre of the crisis, in the building of several makeshift hospitals. The construction of Huoshenshan Hospital officially began on January 23rd and was completed by February 3rd, 2020. The facility contained 1,000 beds and occupied 269,000 sq. ft. on the edge of the city. A second 323,000-sq. ft, and 1,300-bed hospital facility; Leishenshan, was built over an equally impressive timeline and completed two days later.

Drone footage of the construction site was live-streamed by Chinese state media showing armies of workers, bulldozers and trucks moving around a construction site, littered with steel cable, cement, pre-fab parts and power generators. Not only was this live-stream broadcast on a 5G wireless network, its use was also crucial to enabling seamless medical communication; such as for relaying live CT scans and patient information for remote medical treatment.

Drones, driverless vehicles and robots were also connected to the 5G network, and performed tasks ranging from transporting patients to providing food and medicine, as well as measuring body temperatures in infected neighbourhoods from a distance of 1-5 metres. A robot developed by OrionStar, an intelligent robot company in Beijing, was deployed armed with six microphones, cameras and advanced technologies such as laser positioning, to answer patients’ questions and help doctors carry out remote medical consultation, reducing the risk of cross-infection.

Delivery robots were put into use to prevent close contact between people. The Guangdong Provincial People’s Hospital in Guangzhou deployed two self-driving delivery robots to help medical staff carry out tasks involving drug and food delivery as well as recycling of medical waste.

Several other Robotics companies, such as TMiRob, provided hundreds of disinfection robots in hospitals to help combat the epidemic. Intelligent navigation technology enabled the robots to avoid obstacles, improve disinfection efficiency and reduce cross-infection risks. The robots were installed with hydrogen peroxide sprayers and ultraviolet lamps that allowed them to perform multiple forms of disinfection in environments where humans and machines coexist.

The Chinese internet giant Tencent’s information stream service platform rolled out a function that enabled people to search for information about communities with cases of novel coronavirus infection. In other Asian countries; governments were relaying information on the virus, educating the public on prevention and safety, as well as fighting misinformation using social media.

Unfortunately, Chinese authorities were also quick to jump on to social media channels, using it to manipulate information to suit State-sanctioned propaganda and to censor information on platforms like Tiktok and Wechat that might have caused panic or generated bad publicity for the authorities.

Beijing Haidian Hospital has introduced an artificial intelligence imaging diagnosis system for pneumonia, which can carry out 300 chest radiographs in 10 seconds. Developed by Infervision Beijing Co., Ltd. and the Wuhan-based Tongji Hospital affiliated to the Huazhong University of Science and Technology, the system can help doctors diagnose and evaluate patients suspected of carrying the novel coronavirus, greatly improving diagnosis efficiency.  Alibaba’s new AI system can also detect Coronavirus in seconds with a 96% accuracy. Similarly, Singapore launched an AI detection tool to automate temperature screenings, developed within weeks by its healthtech agency IHiS and a local startup called Kronikare.

Across the sea; Taiwan quickly mobilized and instituted specific approaches for case identification, containment, and resource allocation to protect the public health. The country leveraged its national health insurance database and integrated it with its immigration and customs database to begin the creation of big data for analytics; it generated real-time alerts during a clinical visit based on travel history and clinical symptoms to aid case identification.

Authorities also used new technology, including QR code scanning and online reporting of travel history and health symptoms to classify travellers’ infectious risks based on flight origin and travel history over the previous 14 days. Persons with low risk (no travel to level 3 alert areas) were sent a health declaration border pass via SMS (short message service) messaging to their phones for faster immigration clearance; those with higher risk (recent travel to level 3 alert areas) were quarantined at home and tracked through their mobile phone to ensure that they remained at home during the incubation period.

Hopes for a Cure

Despite the use of such cutting edge technology, Coronavirus continues to be a global threat. Its appearance in poor economies such as Iran and Egypt continues to cause the disease to spread at an alarming rate. New cases have been reported everywhere from Los Angeles to Tokyo. As of the time of this article, WHO reported 90,870 cases globally with just under 3000 deaths. The solution to the crisis, it seems, lies in the use of predictive technology, and in labs to create a vaccine.

Please share any positive or negative feedback to [email protected] Thanks for reading. 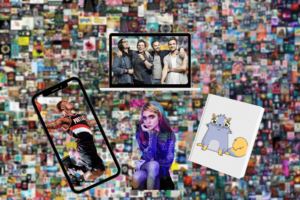 NFTs: The risks and growth potential beyond the social hype 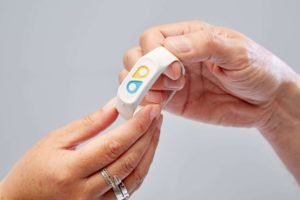